Blast from the past

Now, who doesn’t remember the infamous spoof of Star Wars from the 80s? Yes, I am talking about *drums* SPACEBALLS!

This is one of my all-time favorite movies and even my absolute favorite Mel Brooks Movie. To be honest, when I was a kid, I probably saw this movie even before even seeing Star Wars. And ever since, I love it. Though, I didn’t get many of the jokes and references to the original back then, I had a lot of fun. And discovering everything later, I had a really good time. Watching a totally different movie later and realizing that things were put into Spaceballs as a pun was really revealing and fun. Oh, I saw that on Spaceballs and that, too, like the “Alien” and “Planet of the Apes” references and many more. 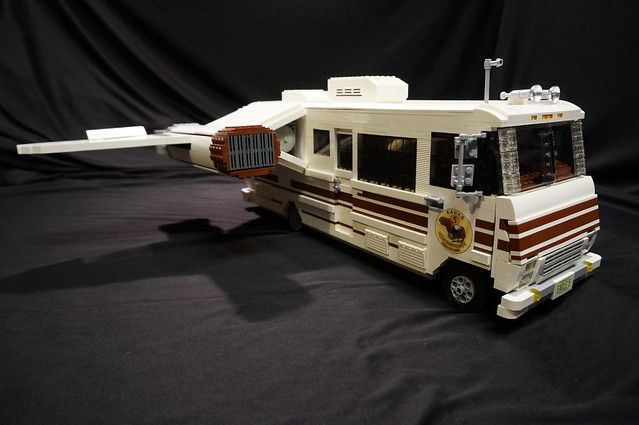 Flickr user ChrisR18t now has built the iconic “Eagle 5” space-camper in mini-land scale. And what can I say … it’s brilliant. He rendered this camper with wings in Lego brilliantly. It is easily recognizible and has all the details that you can imagine. He even included the transformable Hyperjets. And if that wouldn’t be enough, he created the main characters in mini-land scale as well. They are all there: Captain Lone Starr, Princess Vespa, Dot Matrix, Barf and even Dark Helmet, so you have a complete playset. 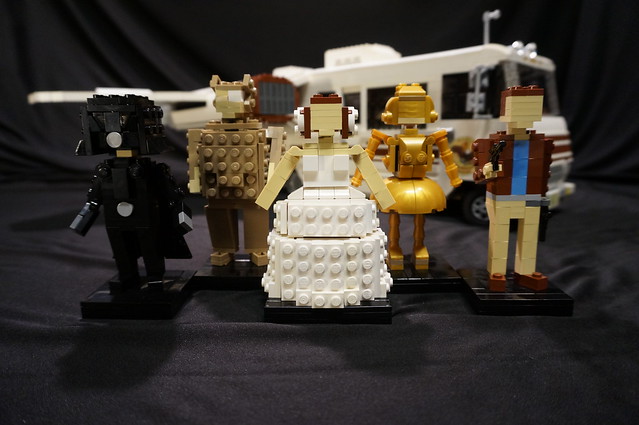 Now I hope, someone builds a Megamaid. Hopefully not to scale, because that would be ridiculous.

That’s it for now. More pictures are available on flickr. Now engage ludicrous speed and may the Schwartz be with you.