I know I had just recently posted a mobile home from a movie, but I think if the Zombie Apocalypse is coming, this would be one of the best ways to travel. Or stay safe at night against the odd zombie. Misterzumbi posted on Flickr his build of the Winnebago camper that takes a prominent role in the first 2 seasons of AMCs “The Walking Dead“. 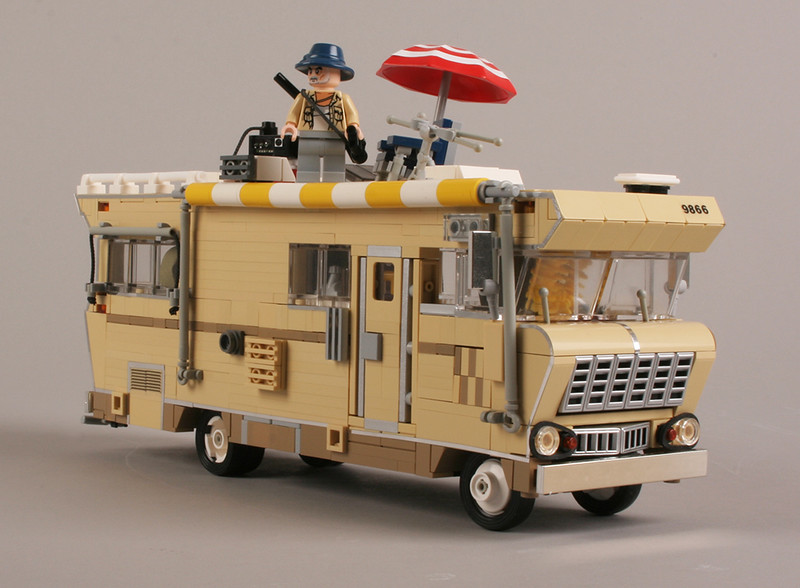 I think Misterzumbi did a fantastic job, rendering the shapes and design of this motorhome in minifigure scale. I can really only imagine the hordes of zombies swarming around it while Dale sits on the top. At least, minifigure Dale has yet to learn his fate.

And as far as zombies can be a nightmare, Misterzumbi described the build process as a nightmare of SNOT and offset. And if you take a close look, you can imagine why. 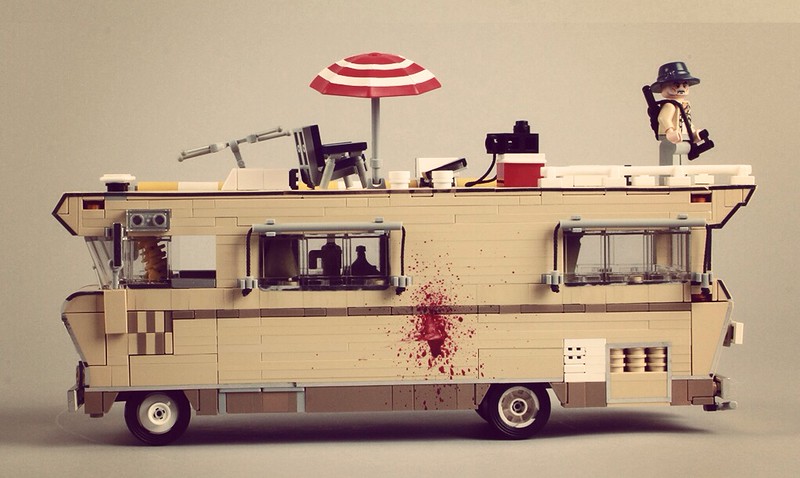 More pictures of this masterpiece can be found on Flickr.

Posted on 2014/07/08, in Lego and tagged The Walking Dead, Winnebago. Bookmark the permalink. Leave a comment.